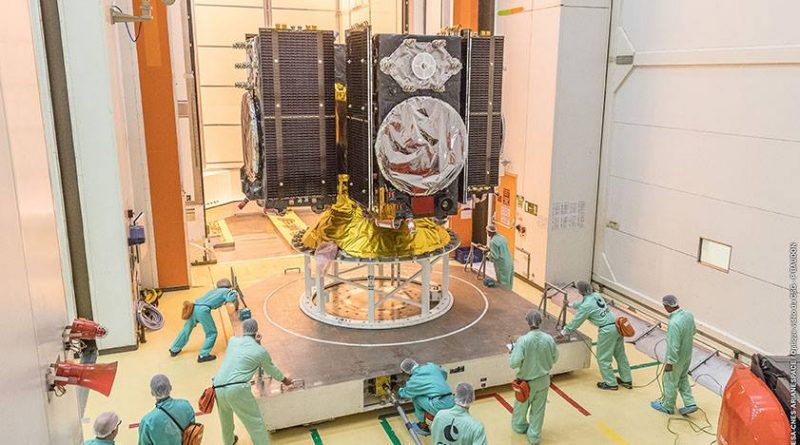 Four Galileo Satellites arrive at the Guiana Space Center for final processing and integration efforts ahead of a December 2017 launch atop an Ariane 5 ES/Galileo rocket, the second Galileo mission supported by the heavy lift launch vehicle. Built by OHB in Germany, the four satellites went through testing in the Netherlands before shipping out to French Guiana where they completed final stand-alone checks before being fueled for flight and installed on their purpose-built dispenser for encapsulation in the protective payload fairing.