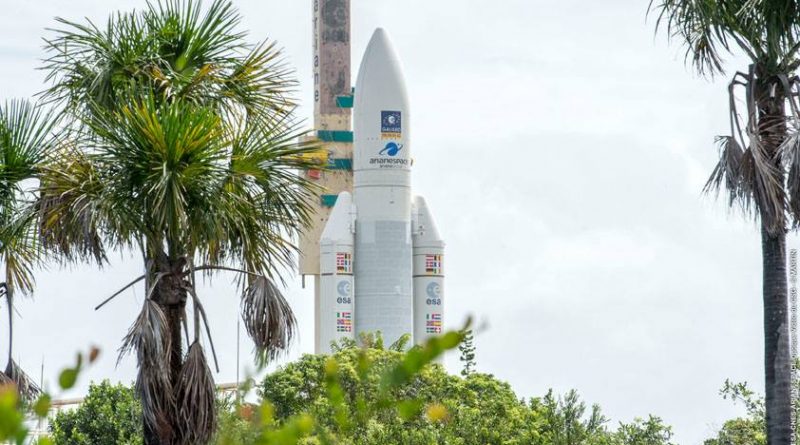 Europe’s Ariane 5 workhorse launch vehicle rolled to the ELA-3 launch pad at the Guiana Space Center on December 11, 2017 in preparation for launch with the second group of four Galileo satellites to take the navigation system one step closer to reaching its fully operational capability. Called upon for the launch of Galileo is a specially modified version of the Ariane 5 ES launch vehicle with re-start capability on its second stage as well as structural modifications to achieve the performance for sending four 715-Kilogram satellites directly into Medium Earth Orbit nearly 23,000 Kilometers in altitude.