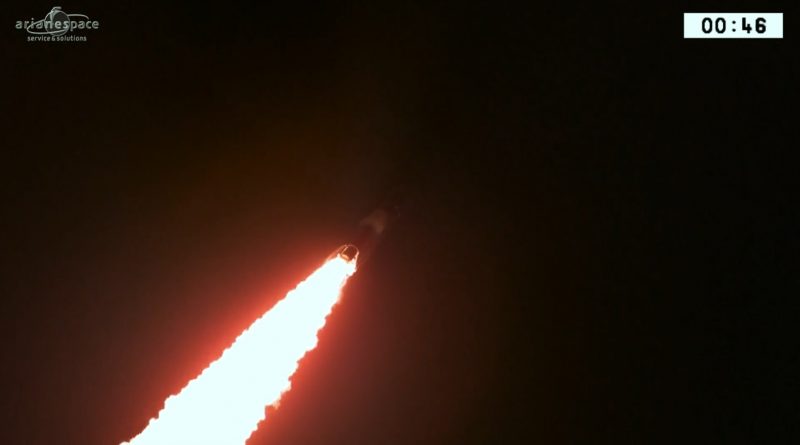 Europe’s Ariane 5 rocket lifted off from the ELA-3 launch site at the Guiana Space Center at 23:45 UTC on Thursday, June 1, 2017 establishing a new record for the heaviest payload lifted into Geostationary Transfer Orbit by the workhorse launcher. Shrouded under the rocket’s protective payload fairing was the high-throughput ViaSat-2 Internet satellite setting out to break the record for the highest-capacity satellite ever launched, and the Eutelsat 172B tri-band telecommunications satellite, the first all-electric satellite launched by Ariane 5. The required performance for the VA237 mission was given as 10,863 Kilograms.