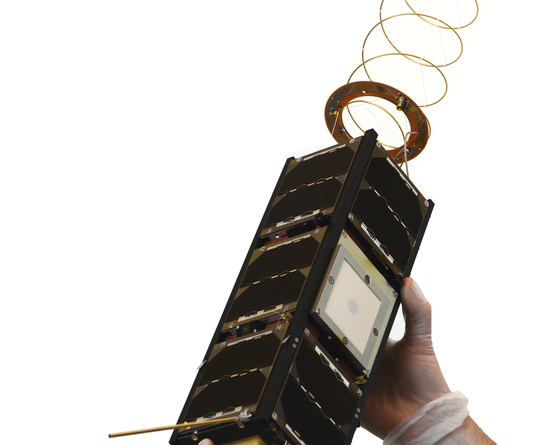 The Danish GOMX-3 aeronautical-tracking satellite re-entered the atmosphere on October 18, 2016 after a little over one year in orbit, demonstrating whether a CubeSat can be used to track ADS-B signals sent from commercial aircraft.

Satellite Description: GOMX-3 is a 3U CubeSat flying under the Global Air Traffic Awareness and Optimizing through Spaceborne Surveillance Program initiated by GOMSpace, a company finding its roots in projects developed at Aalborg University in Denmark. The satellite sports a Software Defined Radio Payload for the reception of Automatic Dependent Surveillance-Broadcast (ADS-B) signals sent by commercial aircraft. The monitoring of aircraft over ocean areas is of particular interest to demonstrate a low-cost system for the tracking of aircraft over areas not currently covered by radars.