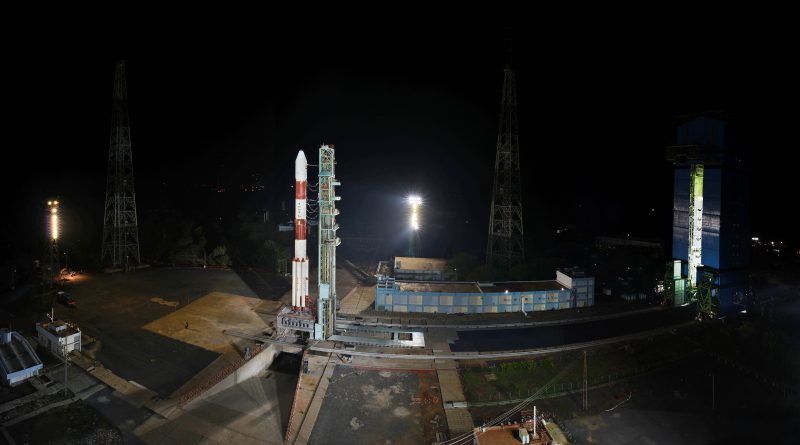 India’s Polar Satellite Launch Vehicle C41 is revealed atop the First Launch Pad at the Satish Dhawan Space Center for a nighttime liftoff on April 12, 2018 (local time) with the IRNSS-1I navigation satellite. IRNSS-1I is a critical replacement for India’s regional navigation satellite system that was set back by a series of atomic clock failures on the original satellites launched to build the constellation. This launch comes after the first IRNSS replacement satellite was lost in a 2017 PSLV failure, placing some pressure on the success of this mission to ensure continuous navigation services will be available across the Indian subcontinent.