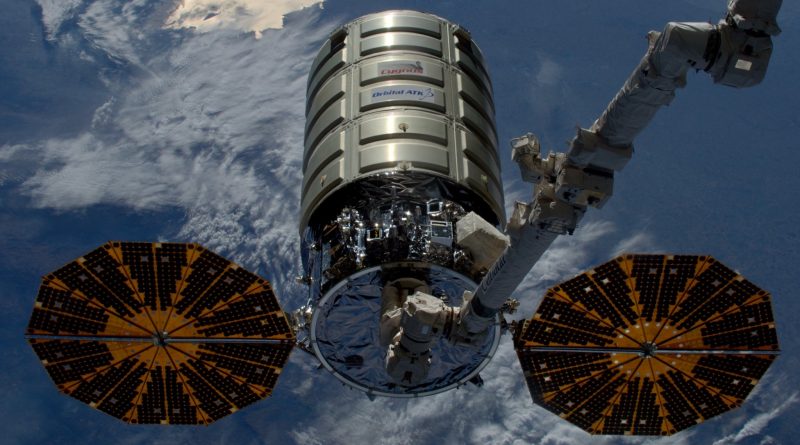 
From this point on, the mission proceeded without any further trouble as Cygnus raised its orbit as part of a three-day link-up with ISS, culminating in the robotic capture of the spacecraft on March 26. Berthed to the Earth-facing port of the Node 1 module, Cygnus was opened for business one day after its arrival, marking the start of two months of cargo operations.