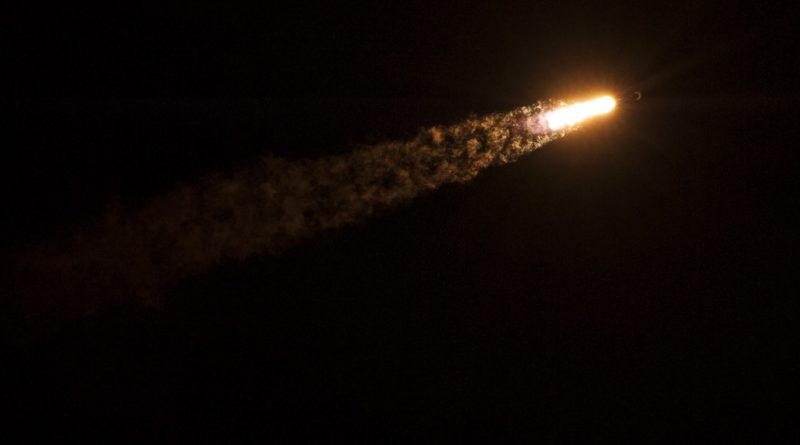 
Lifted into a vertical position, supported by its Strongback, Falcon 9 headed into a lengthy countdown operation. Weather is expected to be favorable for launch with a 90% chance of acceptable conditions issued by the 45th Weather Squadron, only leaving a small chance of cumulus clouds and flight-through precipitation getting in the way.